Building a platform to interact with birds in the wild 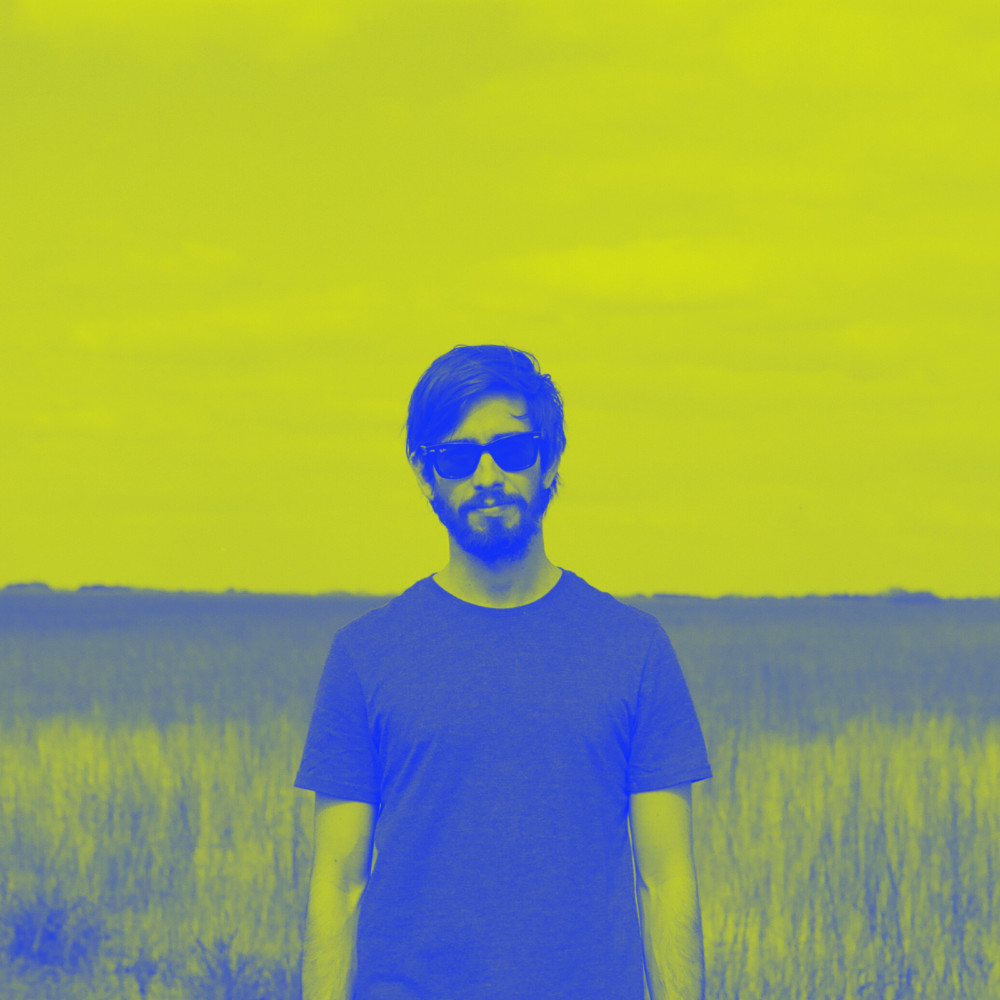 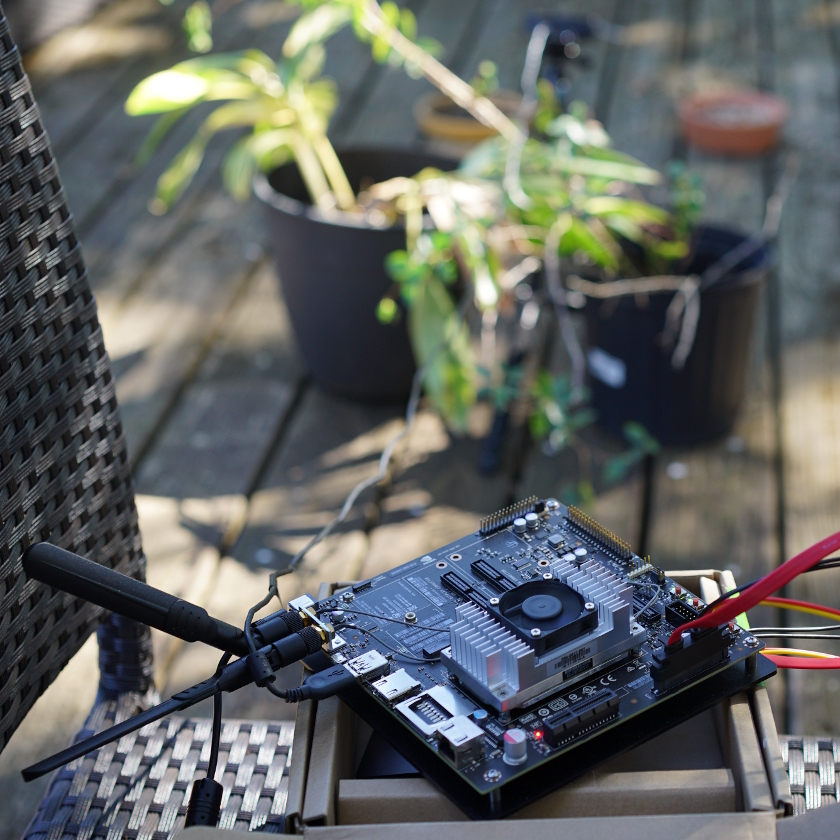 In my last post, we build a Raspberry Pi based deep learning camera to detect when birds fly into a bird feeder.

My goal in this series of posts is to build an open platform for exploring crow intelligence. Eventually, I’d like to identify individual crows in the wild, and give them the opportunity to pass a series of tests.

But for now, I’m building the first steps to get to the interactive platform.

And today, that means detecting birds and recording videos on the device when one lands at my feeder.

Inference and Response on A Single Deep Learning Platform

I’ve chosen the NVIDIA TX1 as my development platform for its relative computational power, and its ability to interact with other electronic components (like servos, temperature sensors, etc.) via it’s GPIOs, I2C, and SPI.

The Jetson dev kit is an embedded deep learning platform with an onboard camera, 256 CUDA Cores, and 1 TFLOP of computing power. It’s built to do inference on on device, and the dev board retails for around $500.

Because of the relative computational power of the TX1, I can run an inference directly on the device. This gives me the ability to take action upon detecting a bird in the camera frame.

Right now the feeder consists of a plate on the ground with food. And my video camera isn’t actually the video camera included on the board from NVIDIA. Instead, it’s an external webcam, the same I used in my last post.

Architecture for Inference on the Jetson

There are 16GB of onboard space built into the TX1, but I want plenty of space to record image streams and videos of the birds.

Adding an external SSD allows me to store plenty of image sequences, without having to worry about needing to delete things later.

I use Python3, along with the OpenCV 3, and Darkflow, as I did my Poor Man’s Deep Learning Camera post.

One thing to be aware of, there’s also a more recent version of the Jetson platform, called the TX2. It’s got double the disk space and memory, and also adds support for CAN.

Regardless of whether you choose a TX1 or TX2, you’ll need access to a Linux machine to flash the Jetson board to the latest version. I used Ubuntu 16.04 to flash my device, and even though it’s not officially supported, everything ran without a hitch.

If you end up using an SSD, I used this adapter to connect directly to the dev board. It supplies SATA data and power, and is the only cable you’ll need.

Finally, setting up OpenCV 3 can be a bit of a pain, regardless of your platform. You can use my fork of the JetsonHacks’ of an OpenCV 3 build script.

Building the Software for Inference

I use OpenCV to read from the attached USB webcam. This allows me to get a NumPy array filled with our current webcam data.

My initial approach was to just record a fixed set of frames, only when a bird is detected.

I then tried recording just a set length after detection. This worked well, and gave me great videos, but the YOLO model still doesn’t detect early enough to see the whole bird’s approach and fly away. It was important for me to capture these moments too.

The code for this pre-buffer is easy enough, and is actually a good implementation of a circular buffer in Python.

With the main architecture decided, and the ring buffer written, the remaining code is fairly straightforward. All we need to do is load our Darkflow model, and then loop until we detect a bird.

Once a bird is detected, we create a new thread to continue recording the next few seconds, while the main loop writes the buffer to disk.

Once these image sequences are written to disk, we can then later turn them into videos for viewing.

One last thing I’d like to point out with the threaded code above, I needed to add a time.sleep(0.03) in order to keep my frame rate down. If I didn’t do this, my video would change times from the before buffer to the after buffer.

Apparently, the TX1 can write to disk faster than 30fps. Impressive!

Changing What Gets Detected And How Long Videos Are

During debugging, I found it useful to change my code to try and detect person, so that I could trigger the code by walking in front of the webcam myself. “person” is one of the labels from the COCO dataset, and anything from that dataset should be something detectable using the YOLO tiny model.

Just change the detectLabel variable in the code to 'person', and you should be on your way.

I did this so I could debug pre and post frames, and try to keep the time in sync between each.

If you want to change your pre or post buffer length, just change the beforeFrames and afterFrames variables.

By default, my webcam shoots at 30fps, and so 120 would be 4 seconds of 30 frames per second. Adjust to match what works best for you.

Where to Go from Here

The code for this post is available at Github, as always.

Thanks again to Darkflow and Darknet for the deep learning models used for detection.

This post is the second part in a set of lessons where I will use deep learning cameras to try and interact with birds. 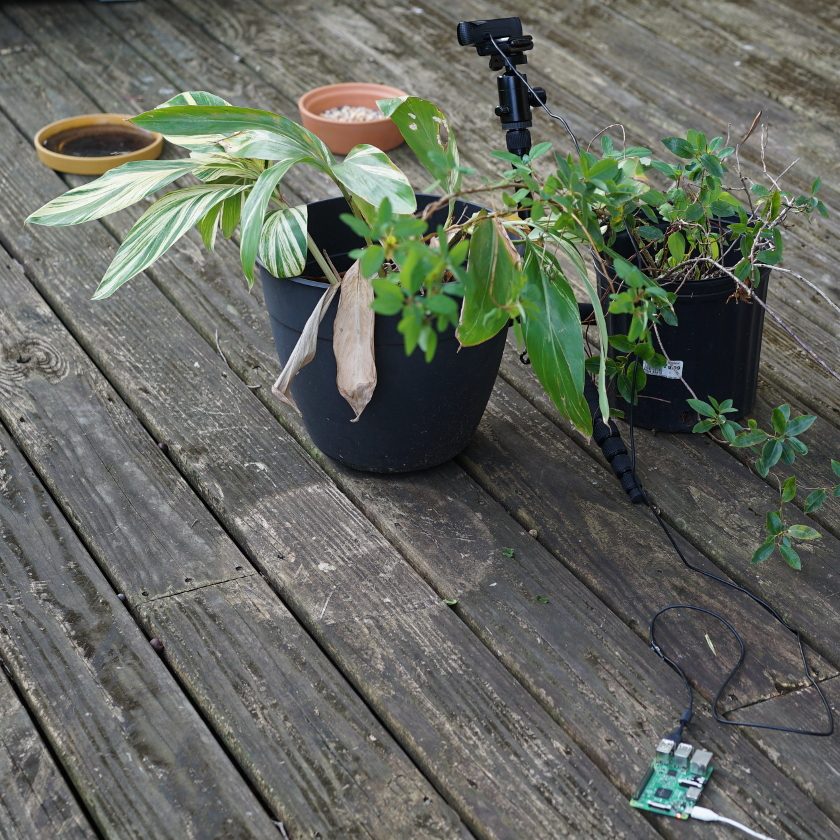 Vocal Range Detector in Python with Pygame and Music21